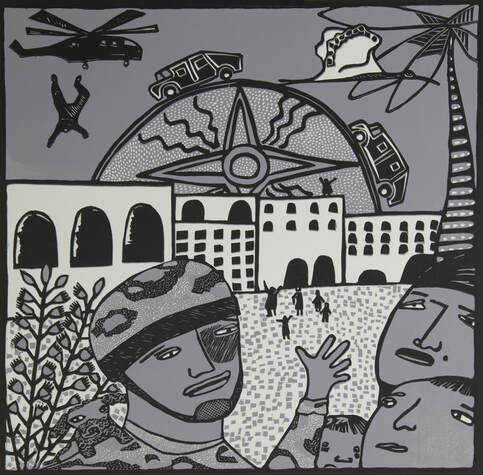 I was deployed to Iraq twice. I turned 20 and 21 in Iraq. My unit would operate all around the country rather than assigned a specific section or area. It was a high paced thing. We were only supposed to be there for four months because of that level of work. It was eighteen hour shifts, and then sleep for six hours, but what else were you going to do. It was a non-stop cycle, and it’s easy to get burned out after four months. But we ended up getting extended for fifteen months. Every time we would be extended they would give us a barbeque with near beer. We got to do a lot more stuff than a typical soldier would in my position. It was a real sense of reward for the work we were doing, with immediate success or failure.

It’s interesting the way the mind and the body all works together. You don’t think you can carry that much weight or exist in that much heat, and then you do. If you get in a firefight or something your training kicks in. That was the biggest part, to really understand the situation you’re in. To understand that death was around you. It also was a job. After a couple months of doing this on a cycle, I was just hopeful I could get back in time to get midnight chow and a hamburger. It became normal.