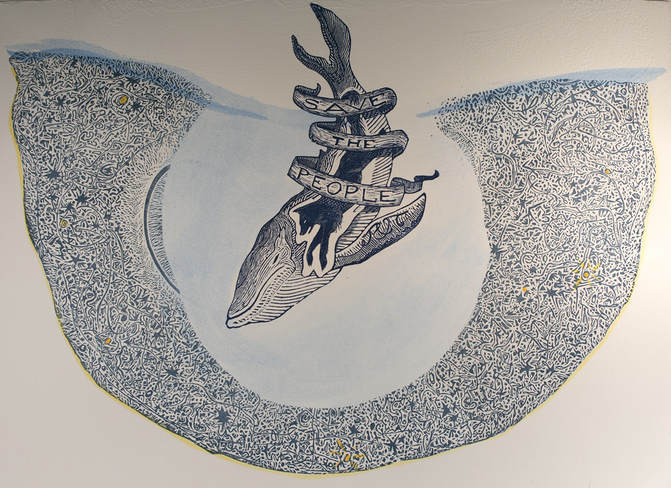 "M.L.: Seaman, Country Before Self", 11 1/4" x 14 3/4", Relief Engraving with Hand Color
​Mike, Navy, 1990’s Peace time
​
After months and months at sea and finally coming home, it’s bigger than life to see land coming in and see the base.  I had no idea that all the family and stuff would be there—I mean, I guess I did — but I didn’t think about the enormity of how that event would be. All hands are on deck at parade rest and we were cruising into port. It was really neat seeing land and seeing people back at home. To see the flags waving and the band playing was a good experience, a really good experience.

And I knew for me, it was kind of bittersweet, because I knew I was pretty much done with active duty, but again, I stayed in the Reserves and was based in Cleveland and transferred into the Starcraft Unit, which was kind of called the brown water Navy back when John F. Kennedy was on the PT boats. Kind of a newer variation of that. But I knew I wanted to stay in and I knew I could do good. And it was fun, it was a good time.