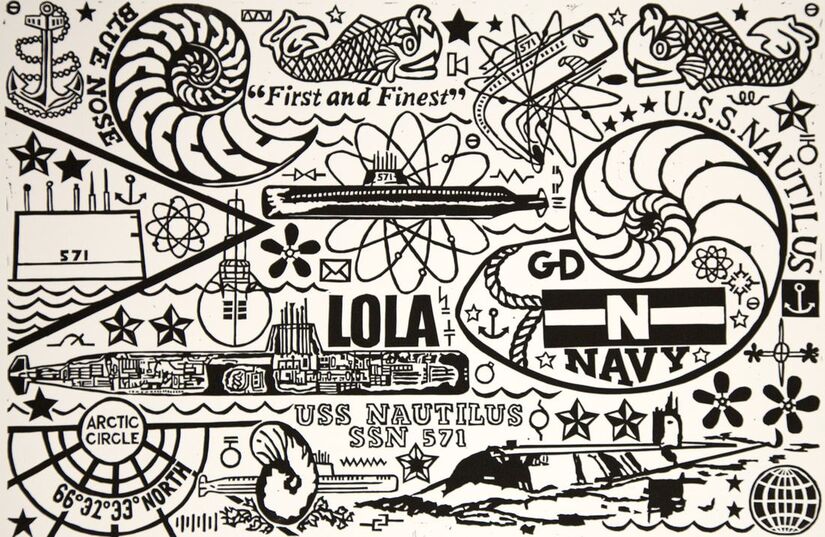 “Nautilus”, 12” x 18”, Linoleum cut, 2018
James, Navy, 1955-1959
​
It was the only thing, at that point, that was powered by nuclear power that was able to move.  It was the first military use of nuclear power as a propulsion source.  It made the Nautilus essentially a true submarine.  Up until that time submarines had to surface, generally, each night to charge batteries.  Their speed under water was generally 2, 4 – 5 knots.  Some could go up to 10, but they only had about an hour of battery power to do that.  So Nautilus could run flank speed forever.  We had oxygen tanks on board to bleed in oxygen.  We had the CO2 scrubber to scrub carbon dioxide.  And a CO, carbon monoxide, burner.  Carbon monoxide made CO2, CO2 was scrubbed out and pumped outside.  The atmosphere was good.  It was very comfortable.  We had a tremendous amount of electrical power that we could use.