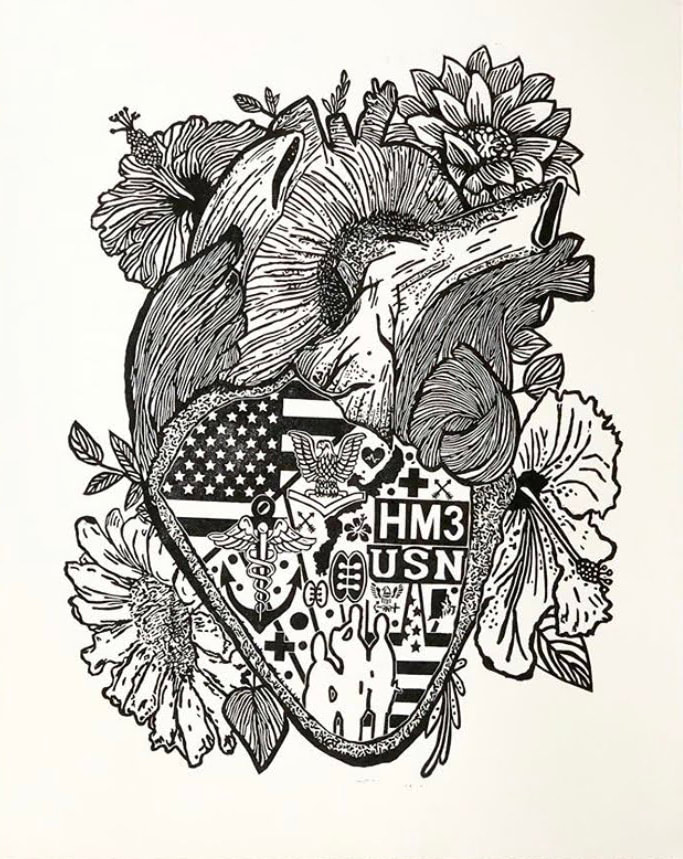 I was very sheltered in my little Arizona lifestyle so after boot camp I realized that America is made up of more people than Arizona and Mexico. [In the Navy] I was able to see diversity within the United States and I became more inclusive of other people and ideas. I grew up in a traditional Latino family, and everything I have now, including my friendships, including the material things I own, have come from the Navy. My personality has changed tremendously because of the service. I was a very shy person before, and I didn’t really interact with people. I can’t even begin to express how much it’s given me. It’s given me love, it’s given me my husband, I met him there, it’s given me my greatest friends, it’s given me the opportunity to go to school without having to pay. The military gave me the opportunity to have a great future and give that to my family.  It taught me about what being a true friend is and how to be a good person. I’m just really grateful. It’s a lifelong thing. It’s not something you just go through. It’s something you carry with you the rest of your life.

The reason I left the service is because I knew that eventually I wanted to start a family, and I wasn’t ready to move around a lot with little kids. I knew my limits, and my limit was I wasn’t willing to give up my kids to go on deployment. I guess I wasn’t that strong or that brave. I just didn’t want to have to go through that. I saw how other women suffered when their kids weren’t around, and they were constantly worrying about their children. I wanted to give my part of being a parent a solid try, just try and do the best I could do at being a mom. I admitted to myself that was a weakness I wouldn’t be able to surpass as a soldier. I’d rather deal with it the civilian way and give my kids a shot rather than being worried about them all the time.