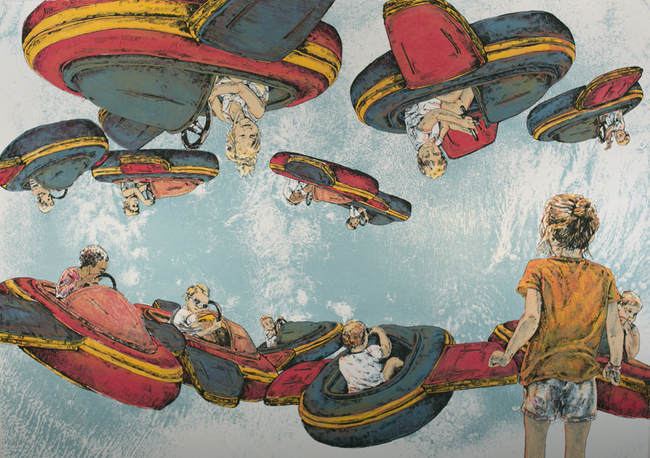 ​​They just saw us coming. My first sergeant, well he told me he "didn't believe women should be in. Women are only good for one thing and one thing only." I was so young. I was 20, but I was a really naive 20. He pulled me into his office and said, "I'm gonna show you something, and I just want to see if you're okay with it." And I'm like, "Okay, no problem. Yeah." He pulls out a picture. It was a woman, a naked Asian woman in a sea of men, a sea of military men, and one's going down on her. The Sergeant says, "What do you think?" At the time I went, "Oh, so what? It's a naked woman. No biggie. I've seen it." He looked at me and says, "Airman, you're gonna go a long way here." That was my introduction.

It was a Temporary Duty station, and you get to travel because it's almost like photojournalism. Everybody wanted to go to Thailand, you know what I mean? They wanted to see the world. So it was kind of like if you fight us, if you argue with us, or if you call us out on what we're doing, then you won't go. They pretty much said you won't go anywhere. So I got stuck in the “dungeon,” me and a couple other female sergeants that didn't play by their rules. The dungeon was the archive room where we stored all the photos and slides. Anybody who played their game instead got to travel.