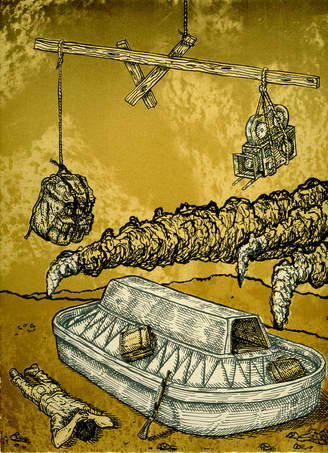 In the Marine Corps is the very first thing they do is take your clothes and give you these really ugly, boring grey sweats to wear with a number on it. It’s like you’re going to prison. The second thing they do is they shave your head. They shave all of your hair, I think we were naked when did, they got us in our underwear, they shave our heads. I remember standing there as they said, “ass to bellybutton.” So, you’re standing so close to the person in front of you and all you can see is the hair that stuck. They shaved it, but then it just fell here and there. Everyone still had hair all over them. It was like we were sheep being led to the slaughter, but there’s still hair everywhere. That’s what haunts me from boot camp. Not the drill instructors, not the training, that moment where you realize you made a really stupid mistake and you should’ve listened to your parents. It never gets worse than that.