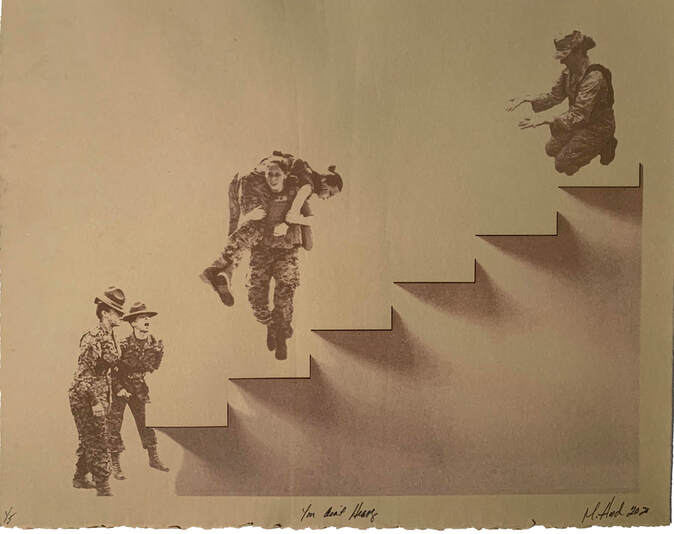 The National Guard was the best fit for me. I had a lot of family duties I'm responsible for and I needed to stay close to home.

I came back from basic AIT as a military police soldier. I felt really reborn and I thought, "Wow. I could do anything I set my mind to." That really kind of brought out the achiever in me, and that's kind of perpetuated since then. I hit my NCO rank in three and a half years, I was starting to get really heavily involved in the community, and I was going to school full-time.

[In one community service role I was] 19, 20 years old, I'm showing up to a prison [to do a military rehabilitation program] and I'm standing in front of formation with 30 to 60 women and they're all looking to me for guidance. And I will never forget that feeling. It's terrifying.

I would do drill and ceremony with them and I would motivate them. One of the things I found was that it wasn't necessarily the uniform. They saw me as a woman first, and as an empowering force multiplier. I held the women to a discipline, a code and a standard operating procedure. It was so phenomenal to see some of these women really change and apply discipline to their lives and have structure. I would work these women out and I would have so much fun with them, laughing, teasing. We would make jokes and I always treated them well and never asked their story.

I was standing on a platform and we were going through drill ceremony and they said, "Sargey, Sargey, we have all these questions for you." And I said, "Okay, shoot." They asked, "How old are you?" I remember telling them that I was 20 and these women broke formation. They couldn't even hold it back. All discipline was out the door. They said, "What? No, you'e my daughter's age." My leadership really developed from there.

A lot of different things have influenced my leadership over the years, and it's something that really drives me. It's those core values, it's that loyalty, duty, respect, selfless service, honor, integrity and personal courage. It's like my compass.