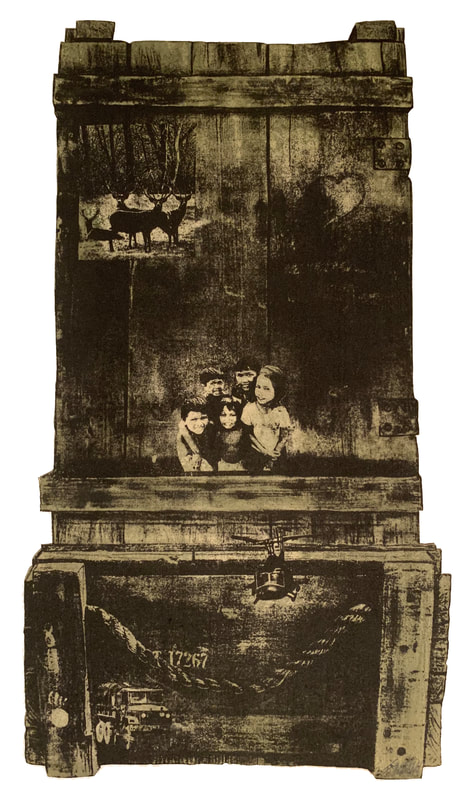 We were taking a very steep landing approach and as we got closer, some of the guys sitting near the windows could actually see the fighting going on. The flight attendants were all very calm and acted like we were landing in a vacation spot or something. This cute little flight attendant gets on the PA system and said, "Okay, gentlemen, we want to thank you for flying Continental Airlines," like we had any choice. And then she said "We'll see you all again in about a year." Because back then, if you went to Vietnam, the tour-duty was one year, unless you signed on for more or you didn't make it back or were wounded. I was real anxious, you know, and then I thought, "Man, you're not going to see all of us in a year."​

There were all these cranky veterans who were just a year or two older than us, but they looked much older. Their uniforms were all tanner, sun-bleached and worn, and here we were in our shiny, new plates, and these guys started giving it to us. There was this very small cane that a few of them carried. The thing was probably between a foot and eighteen inches long and had a little dragon's head on it. It was made of bamboo, carved very nicely and stained. A real pretty little thing. It was what they called a short timer's stick. You started carrying it around when you had less than six months to go on your tour, less time than you'd already put in. It was kind of a badge of honor when you carried that thing around.​