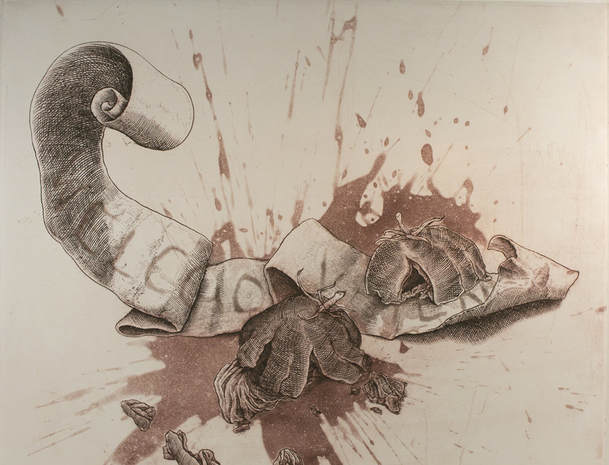 ​When I got back from Vietnam… and I'd like to talk a little bit about that because I think you know I'm not sure how much people really appreciate man's inhumanity to man…as it was vested in or against the returning Vietnam veterans. When we first started talking I think I mentioned as a WWII baby there were certain expectations. We had a house in Stamford, Connecticut before we moved to Cleveland that had a second floor airing porch, and you could look out over a main street and that was where all the parades took place. I have vivid memories of those parades and the high school players and the fire engines and the mounted policeman and the military, the Boy Scouts, the Girl Scouts, the everything. At the end of that the veterans - their camaraderie, their brotherhood, as they walked very proudly. and those that could did walk and those who couldn't were pushed in the ugliest, big, wooden wheelchairs and they were scary to a little child. But there was something sacred about what was going on out there on the street, and that really struck me, and I think that is what formed me to who I became as a patriot.

When I got back from Vietnam, I think when all of us got back, there was a certain hollowness in the return. Now maybe I should say I came back knowing I was going to be discharged, others came back knowing they were going to another duty station, and going to that duty station provided them with a support network again. I expected a welcome. I thought that's what it was all about. When our plane landed there was a gaggle of women on the other side of the chain link fence, and I thought wow this is great, a welcome. Well it was welcome in terms of jeers, accusations of baby killer, of spitting. Being gone one month short of four years, I hadn't had any knowledge of the animis that existed against Vietnam, U.S. involvement in Vietnam, and directed at the Vietnam veterans. It was exceedingly painful. I got off the plane, they shuttled us on the buses as quickly as they could get us on, and took us to the replacement center and issued us uniforms, then handed us a plane ticket and said Good luck! And I flew home and the flight crew absolutely ignored me. I don't know what I expected they should have done. People around me acted like I had leprosy.

I think that if there is one piece of advice that I can give young people today it is this: you don't have to agree. But it’s fine to hate the war but you have to love the warrior. And that’s the piece that was missing. I landed at Hopkins and I took the Rapid from Hopkins to University Circle. And I got off the Rapid and went down the platform to the bus station and I stood there for a couple of minutes. I had my duffel bag  and was in a class A uniform with my beret on my head and I didn't have enough money to take a bus. So I did what I'd always done as a kid, I jumped up and stuck my thumb out. The problem was that the first several cars that came by responded with a different finger.

Finally, a cab pulled up and I said I don’t have any money. He said “I don’t care, get in. Where do you want to go?” I gave him the address and he said he would take me there. And he pulled away from the bus station at University Circle then turned around and looked at me with steely eyes and said “Listen up Mac, get out of that monkey suit and don’t put it back on.” It was probably the best advice I got.

​Obviously I looked military but taking my uniform off didn’t change it, my haircut, my bearing… You couldn't get a job and as soon as they knew, as soon as they knew you were a Vietnam veteran they wouldn’t hire you. It was pretty blatant. So I took a job for the sake of having a job and it was a very, very lonely time.