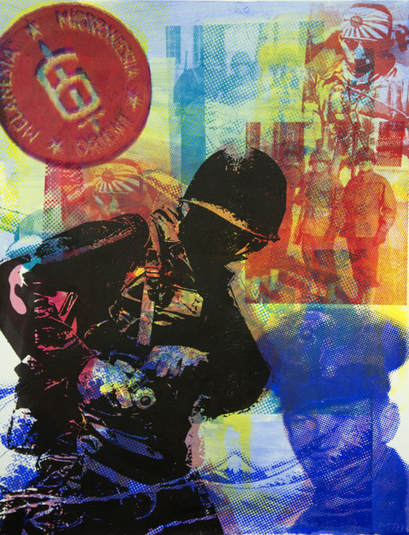 We’re sitting on five foot of ammunition and the Japanese are coming in strafing everything.  One incendiary shell on this load and I was going to take a big ride. There would’ve been a big explosion, so I wanted off of that boat.  Whatever was ashore had to be better than being on a stupid boat. And the Navy did take some serious injuries, very serious…they lost a lot of ships there, more than Normandy.  Fourteen hundred ships involved and they lost a lot of them. I wanted off that stupid thing. I wanted to get my feet on the ground. Fortunately they didn’t hit us but I saw some other ones get hit.  Big kaboom. Those planes dive right in…kamikaze, kamikaze. They dive right in and then a big explosion. So I was sure wanting to get on the ground.