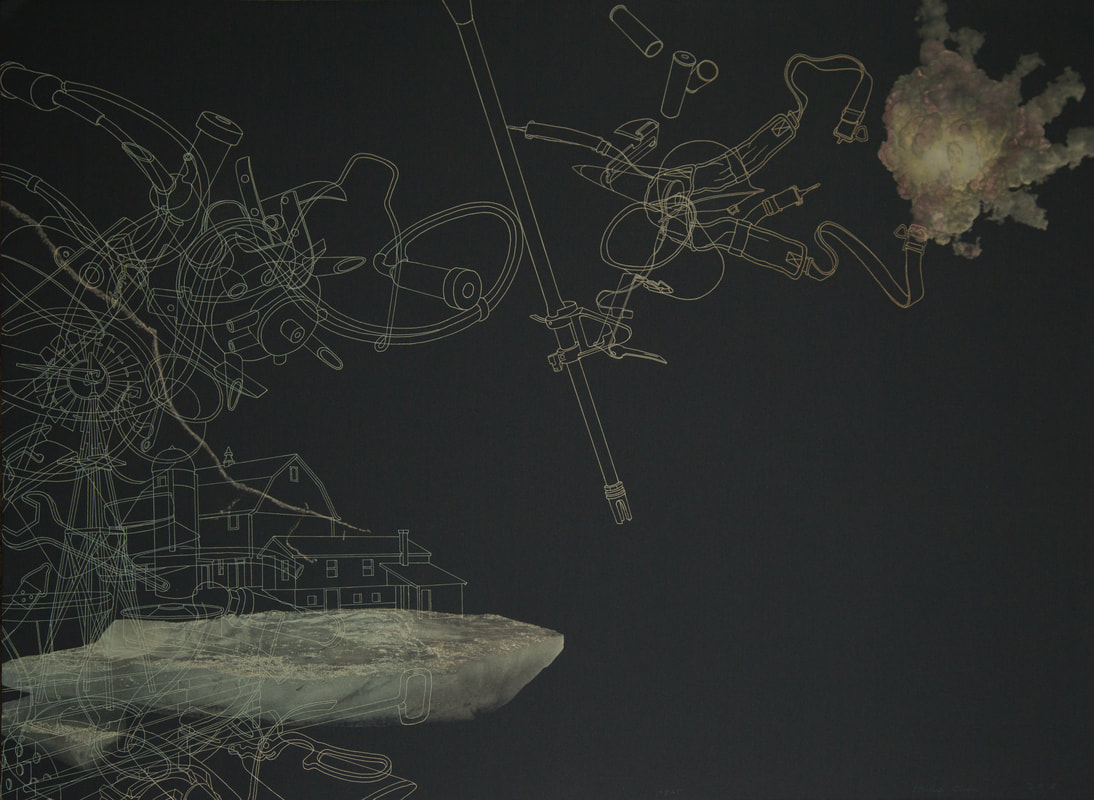 “Heat”, 23” x 31”, Relief Etching, Watercolor, 2018
​
Marvin, Army, 1967-1969
​
When we would move by chopper, we would fly…we wouldn’t fly tree-top level, but we would be up in the air quite a ways.  At that point, everything was getting shot at so bad, so we flew I don’t know how many thousand feet, but we were way up with our chopper and the guns connected to it.  I remember hearing bullets hit the helicopter as we were coming in. You could hear rounds glancing off. You could hear rounds hitting the metal, and hitting the gun below us.  You could hear it going “ping, ping, ping.” We went high and once we got over our spot we spiraled so we could come straight down and land so we wouldn’t get hit. Your chances of getting hit were less.  We got three guns moved in and the weather got bad. The pilots decided they didn’t want to bring anymore in because of the gunfire they were taking. We set up in the valley that night, just a grassy area, but we set up in there.  I remember later that night hearing a tank coming towards us. We never encountered tanks, we were always on mountain tops and we could hear a tank humming way out there. We had our guns lowered and ready to shoot, but it never fired on us or came up on us.